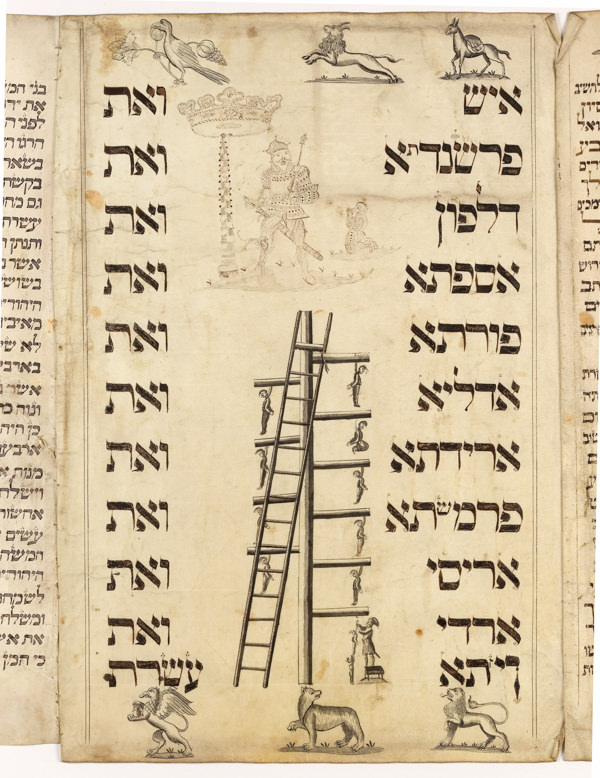 The scroll lavishly decorated with various birds and animals, both real and imaginary (for example, a deer, monkey, leopard, unicorn, and gryphon) as well as figures of men and women who represent the heroes of the Esther story.  Several images appear in various activities not directly related to the biblical narrative and may possess symbolic meaning (for example, a hunter). Images and ornaments are placed in both the upper and lower margins and also between the text columns. The last membrane is not decorated. The first word of the text is written in enlarged and decorative letters. The illustrations are:

Within the text column listing the names of Haman’s ten sons is a depiction of the moment when they are hanged on the gallows (9:14) and above them an image of a knight in armor and a man kneeling in before him, perhaps added by a later artist.

Other scrolls stylistically related to this one are held in the Braginsky Collection (BCM 54) and the Museum of the Jewish Historical Institute in Warsaw (C-326).