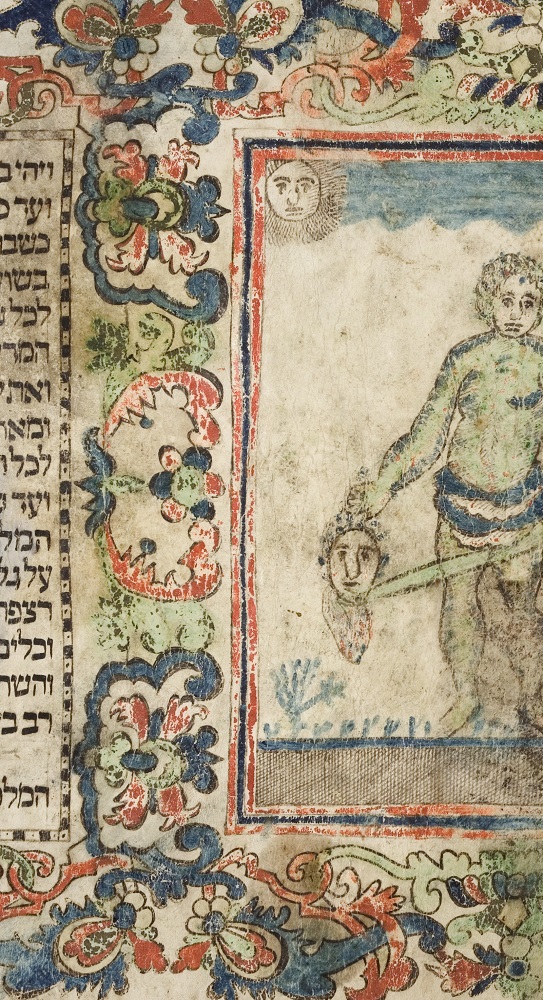 The first membrane is trimmed into the funnel-like shape. The scroll opens with an illustration unrelated to the story of Esther depicting David with the head of Goliath (1 Samuel 17). The text is written in rectangular columns and enframed within an elaborate decorative border. The same decoration repeats throughout the scroll. The bold red and blue floral forms are found on other items of Judaica created in Ancona in the second half of the 18th century, such as ketubbot, and it is very likely that this Esther scroll was created in Ancona as well.

The benediction sheet is separate and is divided into three parts. The panels on the right and left side are enframed and decorated in the same artistic style as the scroll. They contain the blessings and a liturgical poem, Korei Megillah. The central panel contains a shield with an inscription noting the name of the owner of the scroll. The shield is surrounded with decorative chains and surmounted by a crown.