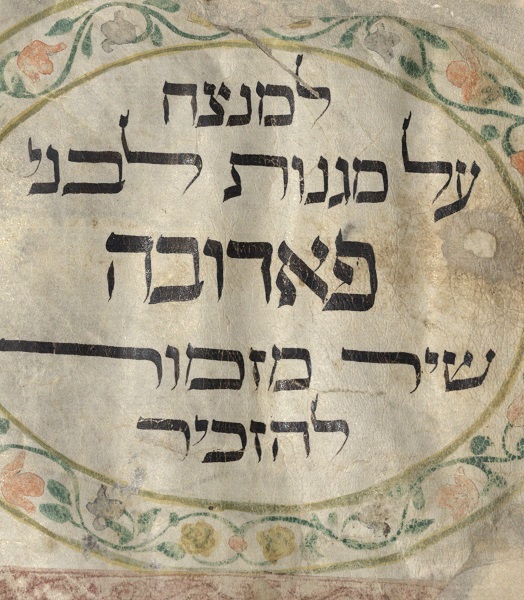 Date:
First half of the 18th century

The text is written in large square letters enclosed in floral wreaths and separated by tortile columns. The very beginning of the scroll is partially missing. The remains of the decoration on the first sheet show the animals and plants and contain two short inscriptions in Hebrew: לעשות רצון אביך שבשמים and גבור כארי “be strong as a lion to do the will of your Father in Heaven” (Pirkei Avot tractate 5:23). The decorative scheme is similar to that found in HUC scroll #20. The present scroll contains a hymn that is recited annually by the Jewish community in Padua on the 10th day of Elul. It commemorates the miraculous redemption of the Jewish community of Padua after the ghetto was attacked on August 10th 1684. The hostility of the mob was caused by the accusation that the Jews assisted the Turks during the battle over Buda (now Budapest, Hungary) that took place during the Austro-Turkish war. This event was described in detail in the book פחד יצחק  (Pachad Yitzchak / Fear of Isaac) by Isaac Chaim (Vita) Cantarini (יצחק חיים קנטריני) printed in Amsterdam in 1685.