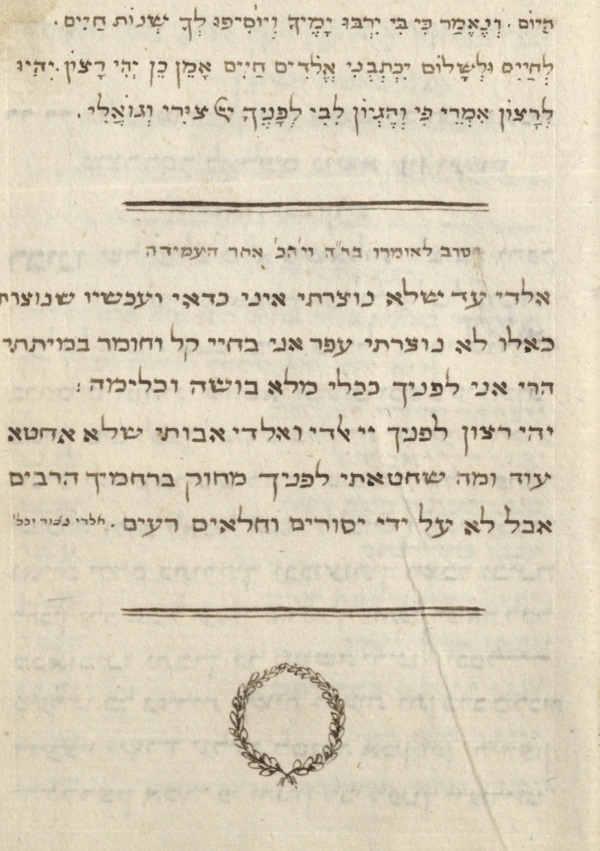 Miscellany of the Paduan Jewish community

This miscellany consists of two texts. Padua had become part of the Venetian Republic in the early 15th century. Jews in the city suffered intermittently from various forms of anti-Jewish policies. Venice fought a series of wars against the Ottoman Empire in the 17th century. During the Great Turkish war, when Venetian and Austrian armies had laid siege to Buda, it was rumored that Jews had given aid to the city. As a result mobs assaulted the Paduan ghetto on August 20, 1684, quelled only by civilian authorities and military force. The averting of bloodshed was commemorated annually by the Jews of Padua as a day of thanksgiving known as the Purim di-Buda. The first text is copied from Isaac Vita ha-Kohen Cantarini’s Pahad Yitshak and commemorated the Purim di-Buda.

The second text is Jacob Almanzi of Padua’s Kitsur kavanot, a collection of prayers for certain festive occasions (including Seder hatarat nedarim, Seder ha-hosha’not, and so forth.) the text concludes with the story Leshon esh, an account of a fire that broke out at the home of Isaac Yuda ben Moses Schuster in Padua.