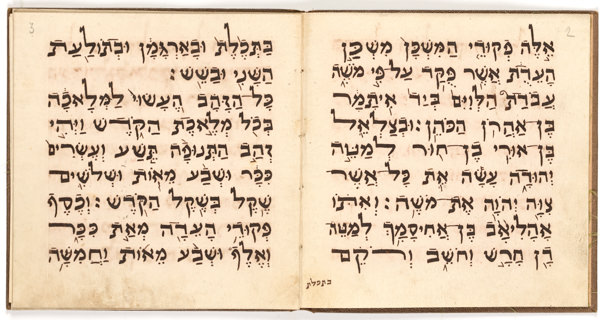 Hebrew, Spanish, French, Dutch and Portuguese / Paper / 21,8 x 17,3 cm. / [6] + 161 pp. / Variety of lines to a page / Sephardic cirsive, square vocalised and current writing (autograph) / Title written in engraved frame, coloured by hand / Text illustrated with cut-out engravings, pasted upon the pages / 4 printed folia are bound with the text / Contemporary gold-tooled, leather binding with ‘David Franco Mendes’ stamped on the front and ‘Harp Davids’ on the back.