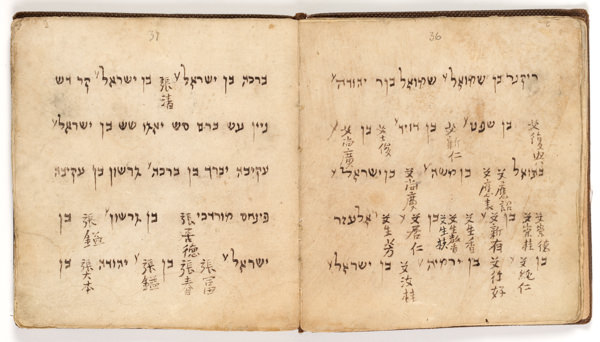 The memorial book is a unique document, comprising a list of the deceased members of the community, organized by sex, with the men listed in the first part and women in the second, often with additional information in Chinese characters next to the names. Each section is followed by a memorial prayer (yizkor).