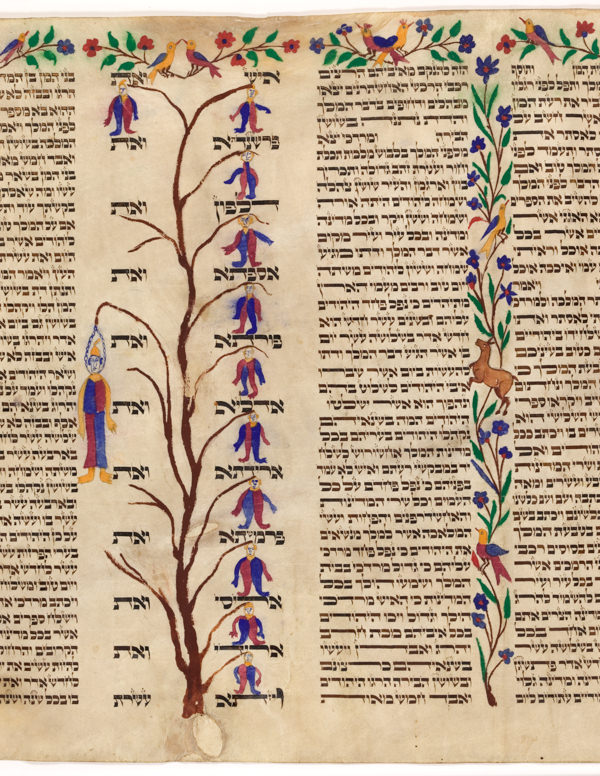 It appears as though this scroll was not originally decorated and the ornamentation was added much after it was created. It opens with depictions of animals: a hind, a deer and two birds set against simple floral decoration. The spaces between the text columns are filled with birds, plants and simple flowers. Similar decorative elements are used to adorn the upper margin. The scroll contains only two narrative scenes; the hanging of Haman and his sons (7:9 and 9:14). This image is inserted into the text panel containing the names of Haman’s sons. Surprisingly and extra figure is drawn (11 sons rather than 10). The figure of Haman is shown as the tallest figure and the only one who is wearing a cap.